This year’s special 90th Anniversary Reunion Dinner was held in a new location; The Grand Hotel in Brighton. We were in the original ballroom and although there were only 55 guests, it felt and sounded like so many more! The decision to change venue was a popular one with guests commenting on the more upmarket feel. The food itself was very tasty and, as always, it’s the company that makes the event so special.

After dinner, the Headmaster, Richard Taylor-West delivered his annual report to the Old Shorehamers and he updated members on the current successes at the College and of course, the all-important status of the inter-house competition! The Headmaster also spoke about two new ventures being considered by the OSA. Watch this space. Recognition was made to Tony Jelliman who had just retired after 30 years teaching at the College. A presentation was also made to Edward Gray for his 38 years’ service to the OSA and the College. Edward, standing in for the new President David Abbott who was unable to make the Dinner, was presented with a decanter and glasses, engraved with the OSA crest and Shoreham College crest. The hotly contested ‘Guess the length of the Headmaster’s speech’ was won this year by Unal Salih.

Following the raffle, Lilia Erskine and Svante Wallseth, Heads of College, rounded off proceedings with their toast to the OSA.

Formalities concluded at 10pm and then most guests stayed until midnight, chatting, laughing, catching up. There was a really good, buzzing atmosphere and it was so lovely to see younger members mixing with the elders. A few guests noticed later on that there was some music playing and they had a dance. A very enjoyable and successful evening.

Thank you to all those who attended the Dinner, especially the new faces. It was lovely to have three ‘old boys’ at the Dinner who had attended Milland House during the war. Very interesting to hear their stories. Thanks also to James Hersheson, who took the photos plus Ashley Warner and the College for their continued support of the Association. 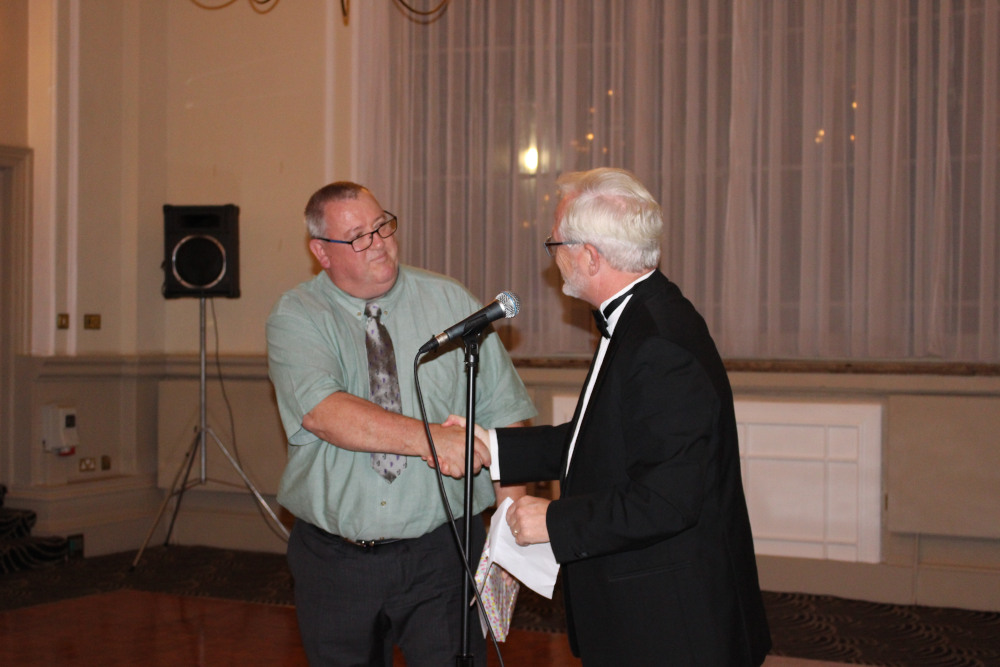